This heartbreaking scene plays out as mongooses take turns tearing a baby hare apart – showing no mercy to the little one. This sighting took place on Mala Mala Game Reserve in the Greater Kruger. 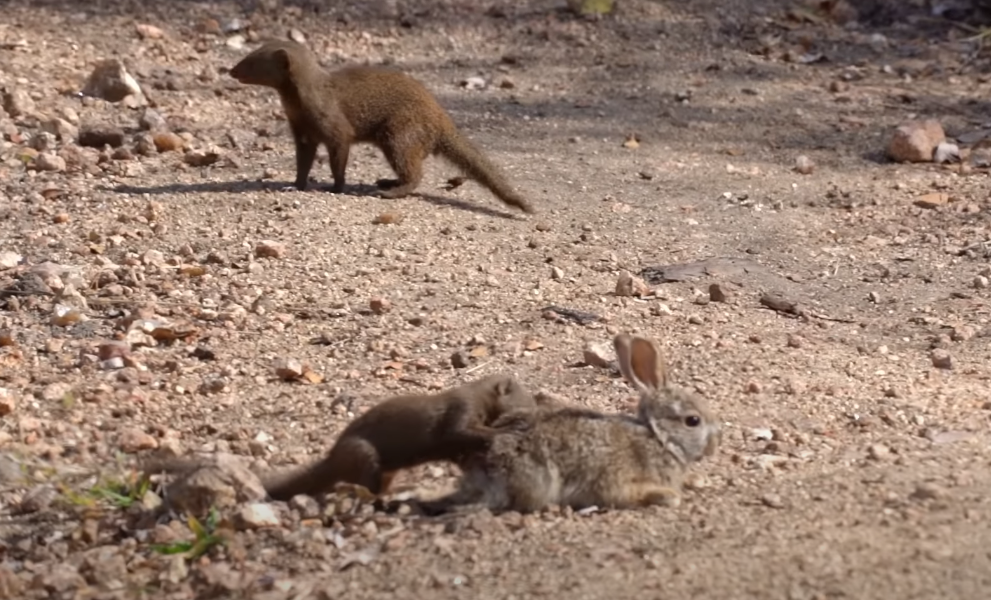 “My colleague Bushi and I were checking the reserve for fire-break readiness and came across a group of mongoose on the road. As we stopped they scattered and I noticed the injured scrub hare and grabbed my camera – as I never go anywhere without it.” 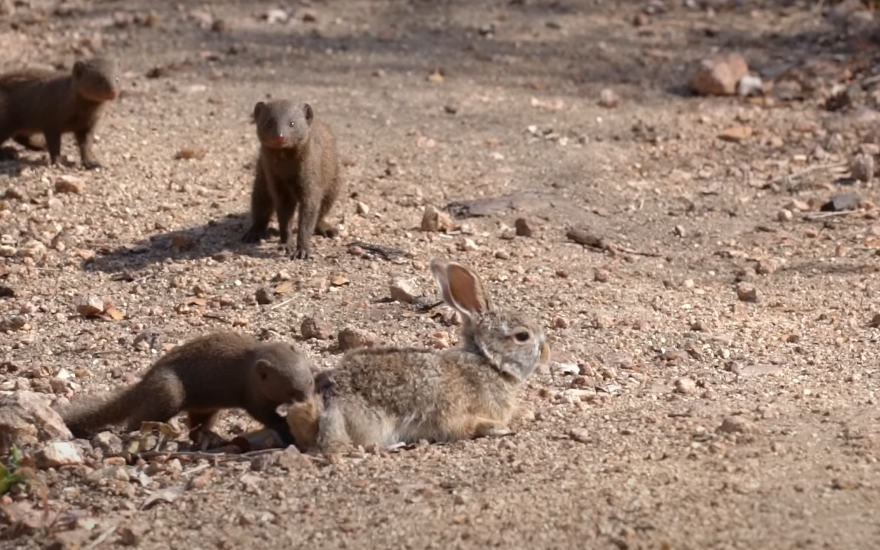 “It looked as if though the dominant mongoose was the only one attacking the scrub hare at this point and once he/she had their share, the next most dominant one had their turn. It took quite a long time for the hare to die – the whole scene probably took place over 30 minutes.” 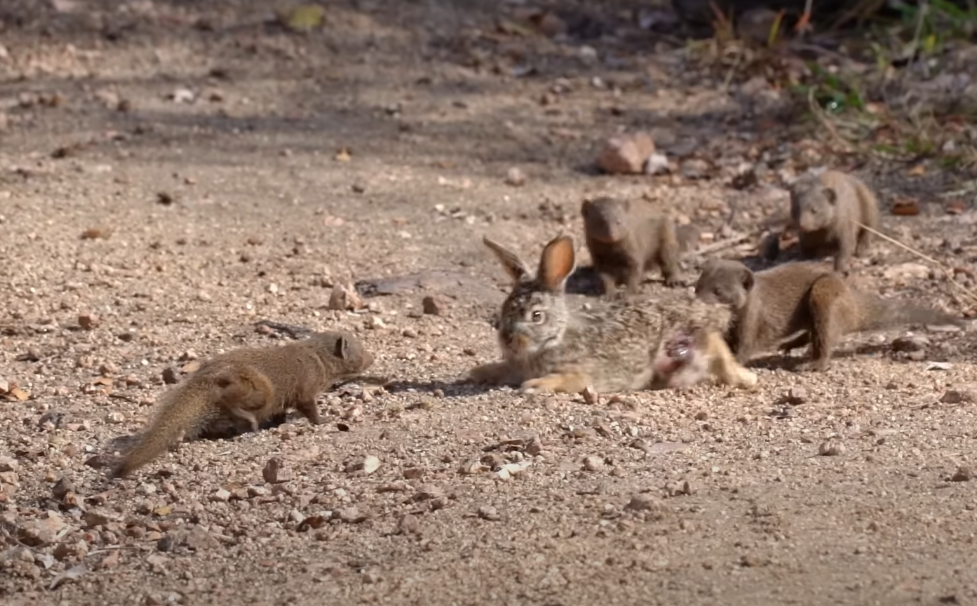 “A couple of mongooses then pulled the scrub hare into the grass and out of sight and as we also lost visual, we moved off. This was a very strange and rare sighting for me. I have been at Mala Mala for 4 years and have never experienced anything like this. What was strange to me though was that the mongooses took turns in attacking the hare. I half expected them to gang up on it like wild dogs.”