The image of the ground squirrel and mongoose fighting with the South African cobra in the Kgalagadi Transfrontier park caught the camera of visitors Lara De Matos, Latest Sightings reported on August 2. Matos and her husband caught this scene while having lunch at the Sossob campsite. 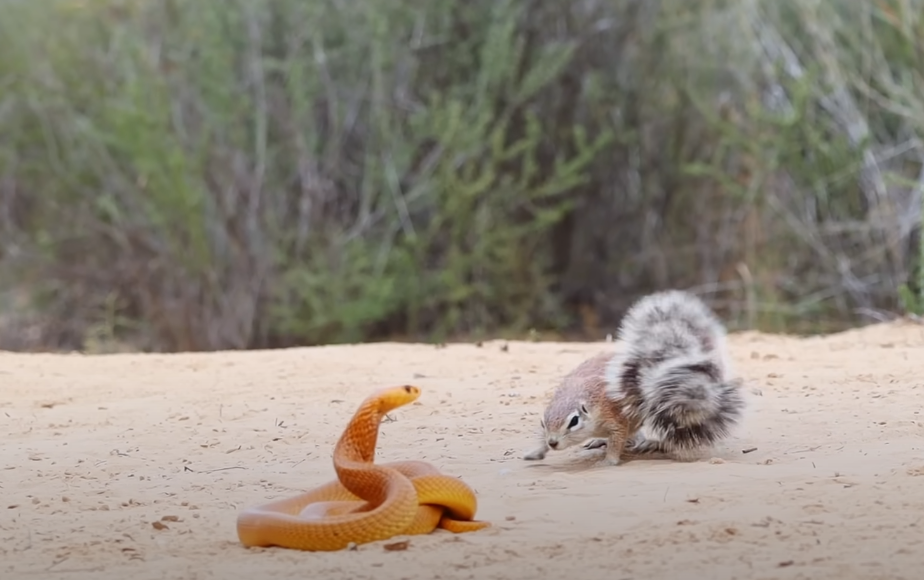 “As we got closer, we saw the ground squirrels trying to drive the cobra away from the underground burrows where they nurse their young. The squirrels took turns attacking the cobra from many directions. However, a mongoose appeared and took over the task. The ground squirrels rested and stood by watching the mongoose both defend and attack,” Mɑtos recounted. 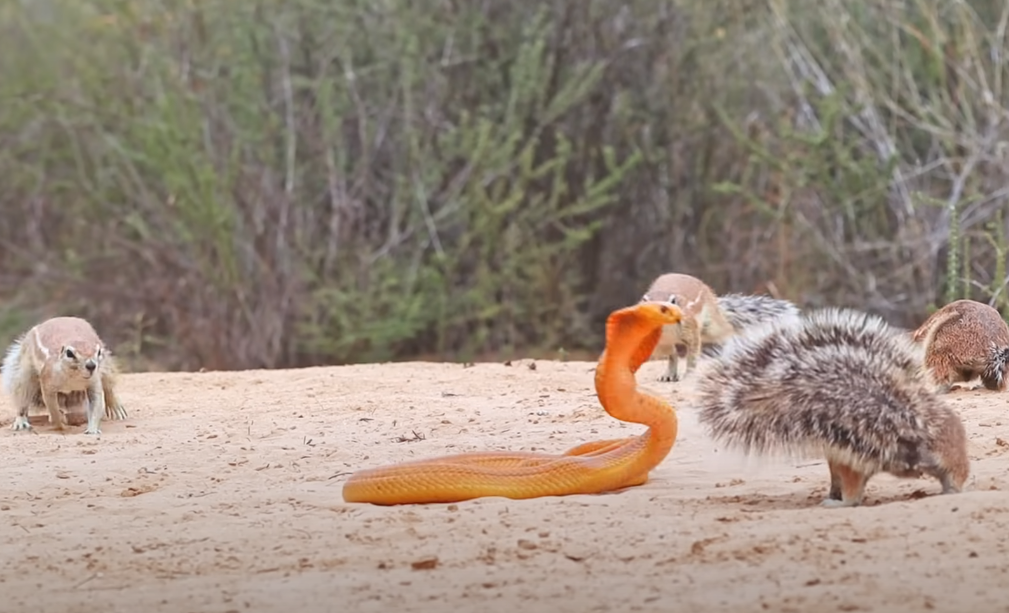 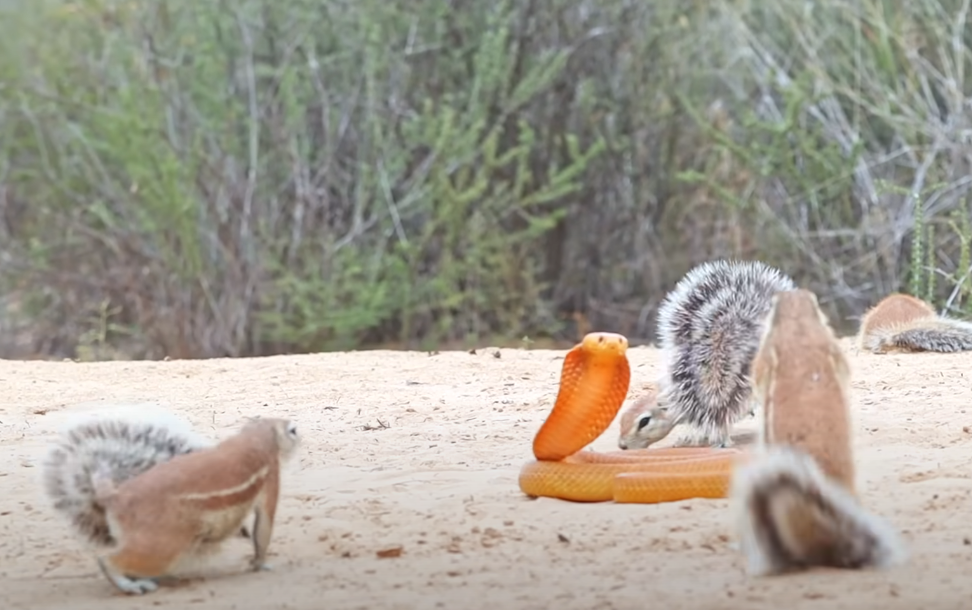 The South African cobra is a medium-sized dangerous venomous snake. Their venom contains potent neurotoxins and can affect the respiratory system, nervous system, and heart. Their prey is very diverse, including snakes, rodents, lizards, birds and carrion.