Cobras are huge, many are more than 7m long. They stand out with their hoods, round pupils, smooth scales and a raised posture, looking directly into the eyes of people. When confronted, they lift 1/3 of their body off the ground.

Their warning hisses are almost like a dog’s growl. Cobras have long, sharp fangs. They inject venom into their enemies through these fangs. They have a good sense of smell and night vision. This animal usually lives in tropical rainforests and plains. 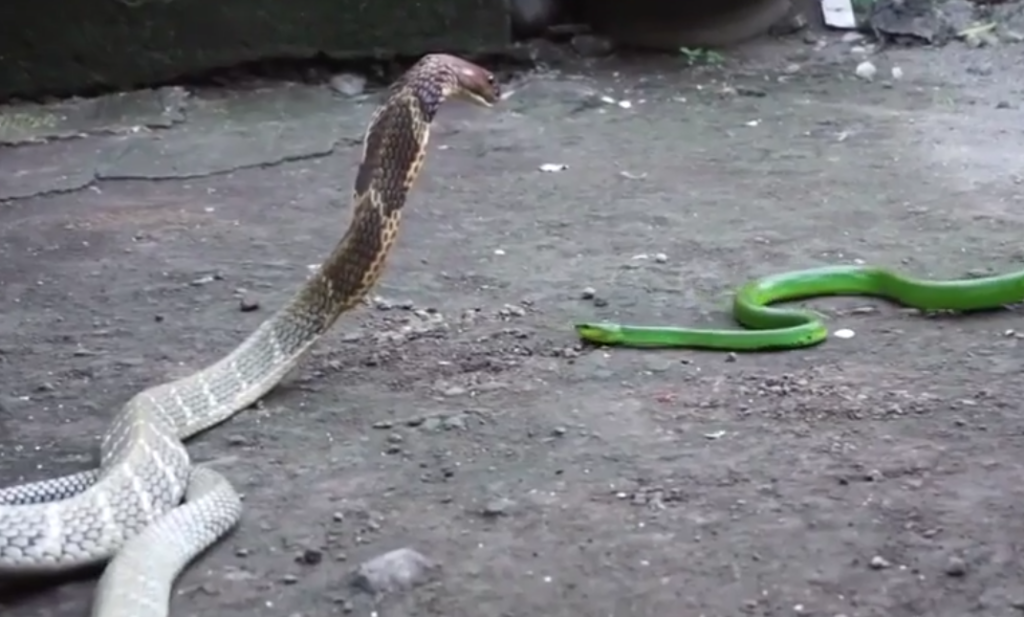 A person bitten by a cobra can stop breathing in just 30 minutes. Their neurotoxin can kill an elephant. Although cobras are capable of spraying dangerous nerve agents, they do not usually actively attack humans. 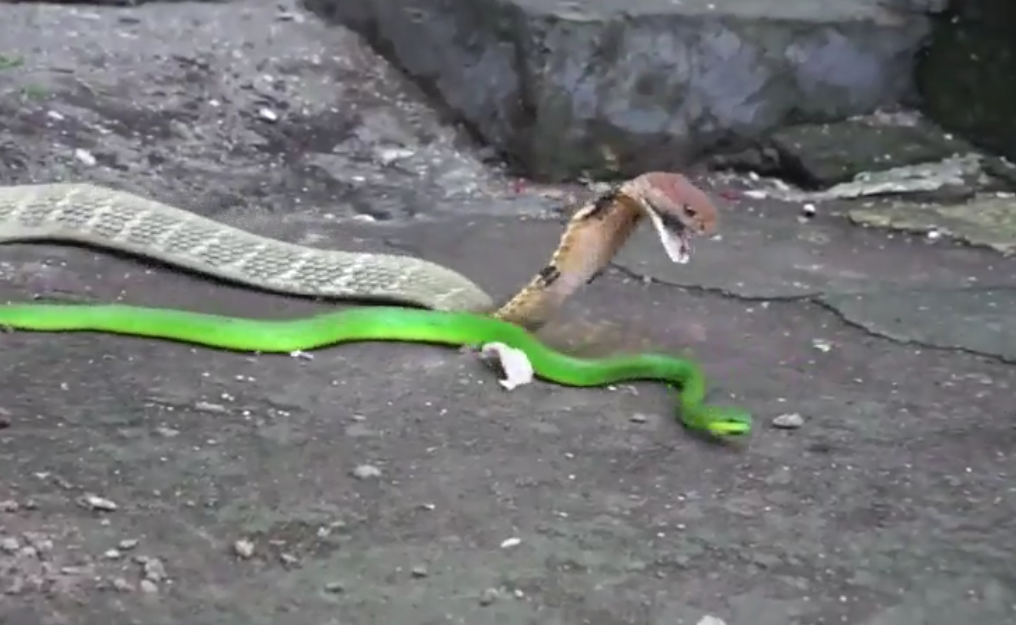 In the clip, a red-tailed viper is confronting a king cobra. Thinking that the viper would become a meal for the other party, something unexpected happened. 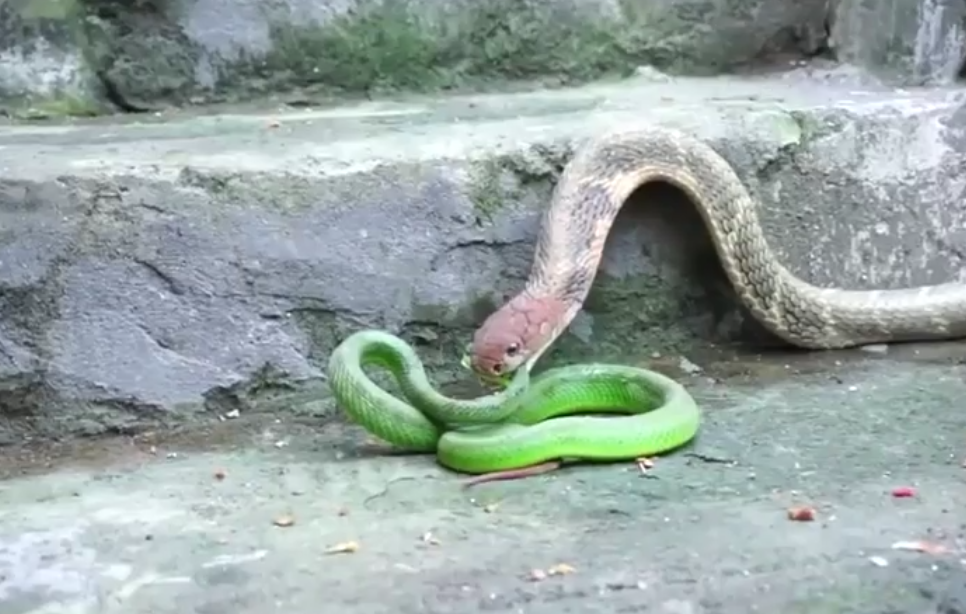 When seeing the cobra right behind, the red-tailed viper tried to run away because the opponent was far superior in size. Because it couldn’t move at a fast speed, the viper was unable to escape. 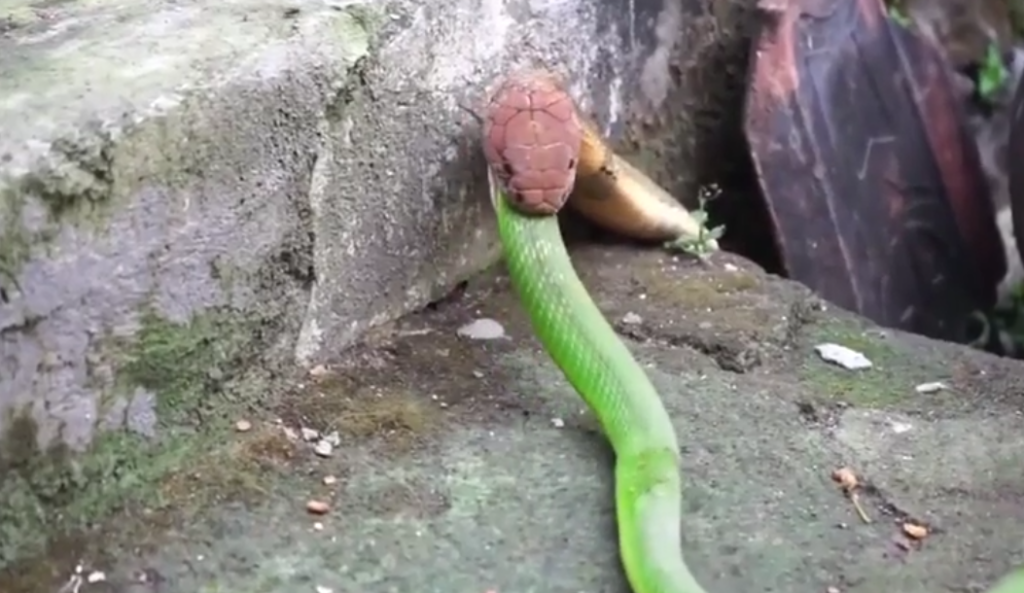 After being cornered, the red-tailed viper turned its head to counter the attack by biting directly into the cobra’s mouth, causing great pain to the predator. However, due to its immunity to the venom of its prey, it later killed and ate the viper.